Local favourite folk duo the Drystones will be performing on the afternoon headline slot for the tenth-anniversary Cheddar Ales beer festival. In addition, Cheddar Ales will sponsor their new album, We Happy Few, due for release in Easter next year. The album is their third independent release, recorded at Loft Music with Will Lang and Julian Button. A crowdfunding campaign will launch in June this year.

We couldn't be happier to support local talent, and the Drystones have plenty to go around. They formed for the first time at Priddy Folk Festival in 2011 and later that year won the Mid Somerset Battle of the Bands. Recently they received the Larmer Tree Breakthrough Music Award to add to their trophy shelf.

They perform locally, winning over fans at the Bath International Music Festival, Songs from the Shed, and Glastonbury Abby Extravaganza (where they played to over 9,000 people). Micheal Eavis is a great supporter and in 2013 they played the Avalon Cafe Stage at Glastonbury Festival, where Steve Lamacq announced their act as his recommendation of the day for Radio 2 listeners.  You can catch them at Glastonbury Festival this year at the Bandstand stage, The Avalon Stage, and the Avalon Cafe Stage.

If you would like tickets to see the Drystones at the Cheddar Ales tenth-anniversary beer festival then please either click this link to buy on-line, or pop into Cobbs of Cheddar, the Wedmore Paper Shop or come and see us at the brewery.

The Cheddar Ales tenth-anniversary beer festival is our opportunity to say thanks to our local supporters. Thanks to everyone who has helped us, as a small business, to thrive for the last ten years. Everyone who works at Cheddar Ales loves their job and wants to give back some of the good vibes to the community we depend on.

Therefore, the event is split into two, with the daytime session running between 12-6pm. This will be a family oriented session, with free tickets for under 16's. Tickets are £5 in advance and include a beer token for half a pint.

The nighttime session will run from 6-12pm and we'll announce the headline performers in the coming weeks. Watch this space! 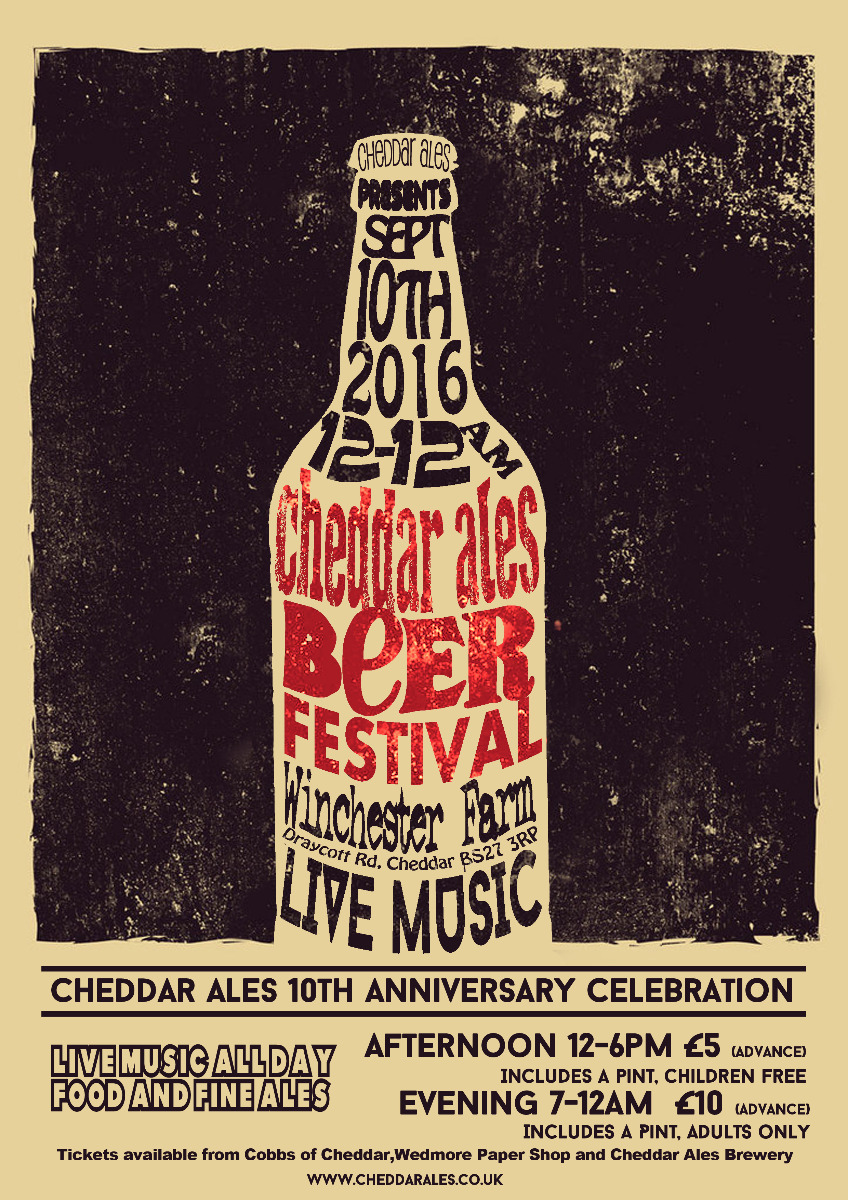